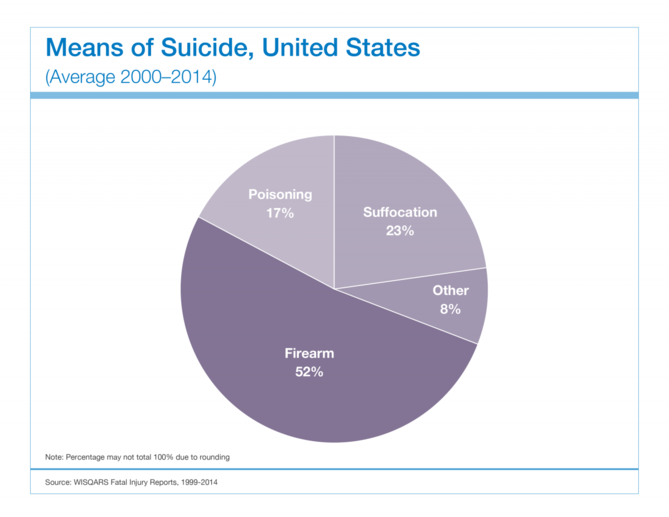 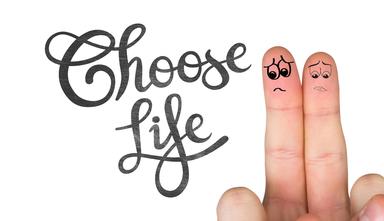 When we talk about firearm deaths, we tend to think of homicides. Robberies, violent attacks and mass shootings come to mind. But according to CDC data, 62% of firearm deaths in the United States between 2010 and 2014 were suicides.  That's close to two-thirds of firearm deaths! It stands to reason, that if we do a better job at educating the public on suicide prevention, we can vastly reduce the number of firearm deaths.

For gun owners, protecting your family takes more than just keeping them safe from attacks by violent criminals. It also involves being aware of the warning signs of suicide and the steps to prevent it.


Suicide Deaths in the United States 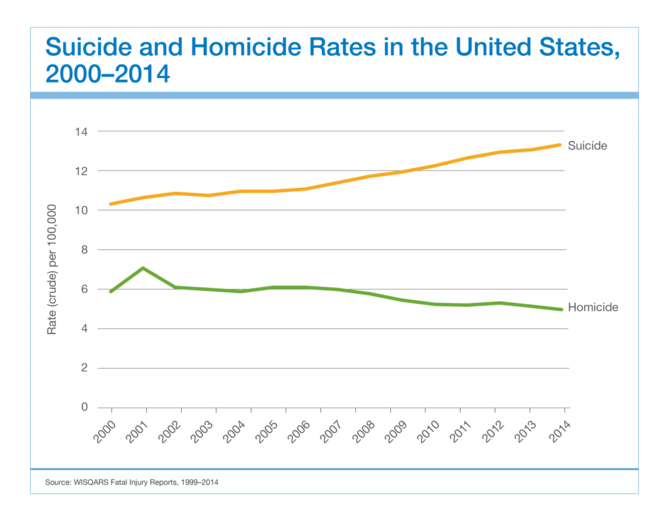 Means matter.  Putting time & distance between a suicidal person and a gun increases their odds of survival and may save their life.  You may ask, "But won't they just substitute another method?"  Well some might, but most any other means is less likely to kill.  Without immediate access to a quick method of suicide, some may delay their attempt.  Having access to a firearm during a suicidal crisis increases the odds that an attempter will die, for the follow reasons:

Most people who become suicidal have struggled with ongoing, underlying problems.  Pay attention to these warning signs, which are not always obvious. Risk is greater if a behavior is new or has increased. Take any threat of suicide seriously.

Who's at Risk of Suicide?

People who struggle with depression, substance abuse, or other mental health problems, especially if they're also facing a painful crisis like a relationship break-up, arrest, trouble at work, or financial crises – problems that make you feel hopeless and trapped.

Teens at Home?  Teens who die by suicide may show few or no warning signs.  A wise precaution: store all guns locked if you have children at home - especially teenagers.

We can protect one another. Be alert to signs of suicide in friends and family.  If someone is at risk, help keep guns from them until they recover.  It's like holding on to a friend's keys when they're drunk.

If a household member is at risk of suicide, you could store guns away from home until they've recovered (e.g., with a relative you trust, at a self-storage unit), or change the locks and make sure they can't find the keys/combination.

Another option: don't keep ammunition at home until they've recovered.

If it's a friend at risk, you could offer to hold onto their guns, but check state and local laws first to see if this is legal.

If you feel yourself spiraling down, take precautions before things get to a crisis point.

Any strategy that builds some time between you and a gun in a suicidal crisis will keep you safer.

Store your guns off-site temporarily, or ask someone you trust to hold onto the keys, or store keys somewhere they're not available in a crisis like a bank safe deposit box, or disassemble guns or lock up at least one essential component of the gun.

These are temporary measures until you've recovered.

In an emergency, Call 911 and ask for a CIT (Crisis Intervention Team) Officer

God bless and be safe,

"Blessed be the Lord my strength which teacheth my hands to war, and my fingers to fight"  -- Psalm 144:1

More than half of suicides are by firearm.
(Source: WISQARS Fatal Injury Reports, 1999-2014) 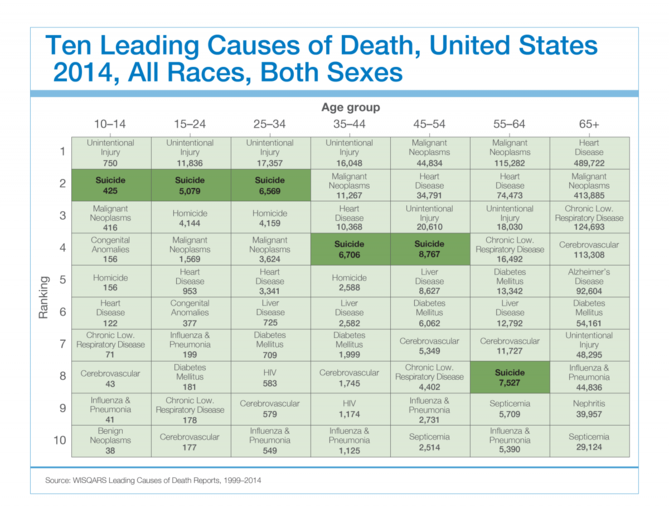 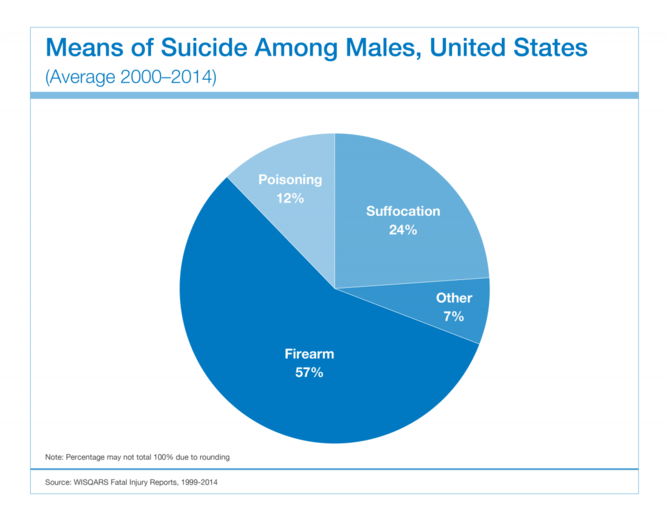